CTAFS makes a significant contribution to building capacity in agricultural, water, climate and food sciences. There are 10 academic staff members, 9 postdoctoral fellows, 10 PhD students, 20 MSc students, and more than 50 undergraduate students who have undertaken research within the realm of this Centre. Currently, there are four PhD students, eight MSc students and 10 Honours students working on the projects taking place within this Centre.

Our researchers boast an impressive track record, with a combined H-index of 95, more than 100 publications to their names, and many of them featuring regularly in UKZN’s list of its top 30 published researchers across the institution. 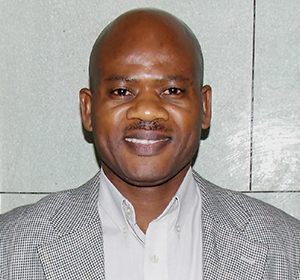 Professor Albert Modi is currently the Deputy-Vice Chancellor and Head of the College of Agriculture Engineering & Science. He was the Dean and Head of School of Agricultural, Earth and Environmental Sciences from 2011 – 2016. He was employed by the then University of Natal in 1996 and has been associated with UKZN since then. Before joining the University, he was provincial agronomist for PHI-Hibred International, a job that exposed him to the agronomy and rural development issues. He has also worked as a CEO of the Moses Kotane Institute for Science and Technology, which he established in 2008, while he was adjunct Professor at UKZN. He also established the Ezemvelo Farmers Organisation (EFO). His agronomy research focuses on traditional/indigenous crops. He has established curricula focused on Seed Science and Technology, and Sustainable Community Agriculture.

Professor Modi is a Senior Fellow of Green Matter, an Honorary Fellow of Mangosuthu University of Science and Technology Faculty of Natural Sciences, and has been awarded a WRC Research Award for Human Capital Development in the Water and Science Sectors. He is a Director of Jive Media Africa and the YAZI Centre for Science and Society in Africa (Non Profit), and till carries an active teaching load in the Agricultural Sciences Programme as well as supervising postgraduate students. In 2016 he was awarded the UKZN Distinguished Teacher Award. Tafadzwa Mabhaudhi is a Research Associate Professor at the University of KwaZulu-Natal and Co-Director for the Centre for Transformative Agricultural and Food Systems, South Africa. He holds a BSc Honours Crop Science from University of Zimbabwe, and an MSc and PhD in Crop Science from University of KwaZulu-Natal with specialisation in crop ecophysiology (plant-water relations) and crop-climate modelling. His primary goal is to work on research and development that is dynamic, transformative, informs policy and achieves real life impacts within poor communities. His research has evolved from focusing on crop water use and crop modelling to multi- and transdisciplinary research covering food systems, global environmental change and the water-energy-food nexus. He is interested in working with multidisciplinary teams to conduct research and development related to global grand challenges such as food and nutrition insecurity, climate change and sustainability, and the WEF nexus. He is also interested in research translation, i.e. the application of research outcomes into practice on the ground to achieve real life impact. In that regard, he is very closely linked with multiple policy stakeholders in South Africa and the region at various levels and regularly contributes to evidence-based policy making. 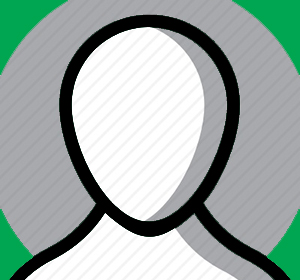 Admire Shayanowako is the local breeder for the BamBREED project. The program aims to develop and release the first true Bambara breeding lines and cultivars. His other research interests are on improving indigenous underutilized crop species, including African leafy vegetables.

Mallika Sardeshpande holds a doctorate in environmental science, and is a postdoctoral fellow working on biodiverse and edible urban landscapes. The project situates wild food foraging and food security in urban and peri-urban green spaces. Different combinations of ecosystem services, functionality, and governance are to be implemented and reflexively adapted to estimate optimal sustainable harvest and management regimes. In doing so, different types of agroecological and multifunctional urban landscapes will be developed, and information on underutilised food species will be generated. The project aims to contribute to alternatives for climate-smart, resilient, and sustainable food production. Mallika has experience and interest in community- and use-based biodiversity conservation, ecological economics, and urban green infrastructure. Her non-academic interests include reading, writing, art, craft, and outdoor adventure.

Dr Matilda NM Azong Cho is a postdoctoral fellow in the School of Agriculture, Earth and Environmental Sciences. She has a multi-disciplinary research background which cuts across gender, application of GIS and remote sensing in natural resources management and vulnerability and adaptation to environmental changes. Dr Matilda Azong received a PhD in 2019 from the department of Geography, Environmental Management and Energy Studies, University of Johannesburg. She also holds an MA in Planning and Coordination in Natural resources management from the International Institute of Geo-Information Science and Earth Observation (ITC), The Netherlands and a BA degree in Gender Studies from the University of Buea, Cameroon. Her research interests include environmental planning and coordination, natural resources management, vulnerability, resilience and adaptation to climate change and gender and development. Her current research examines the integration of participatory geographic information systems (PGIS) in land use planning with the aim of enhancing local rangeland users’ participation in the planning and management of rangeland resources. She also seeks to investigate how PGIS can contribute to the integration of gender and climate change to further understand rangeland planning and management challenges and how the challenges could be mitigated.

Areas of expertise: The integration of PGIS, climate change and gender mainstreaming in rangeland use planning and management

Mbulisi Sibanda is Post-Doctoral fellow working directly on the WRC drones project. He is a GIS and Earth Observation scientist (South African NRF-rated researcher) (+10 years of experience) currently working as a Post-doctoral Fellow at CTAFS. He focuses mainly on ecological remote sensing applications. He does research on contemporary issues, focusing on the use of satellite-based EO technologies in monitoring and understanding various components of the vegetation ecosystems, hydrological cycle, climate change, invasive species bio-geography. Currently interested in the utility of unmanned aerial vehicles.

Shenelle Lottering is a Post-Doctoral research fellow working on the WOODRIGHTS and WEF Nexus projects. She specializes in Human Geography with a particular focus on socio-ecological systems. Her research is driven by her passion for working with people, specifically marginalized communities in rural and urban areas. Her research interests involve rural development, climate change resilience and social empowerment. Her current research focus is on bridging the gaps between social and ecological systems and empowering vulnerable communities through the planting and restoration of trees in society. She is knowledgeable in her field and has a good understanding of rural-urban dynamics and various socio-ecological factors both influencing and contributing to community resilience. Her main interests are the development of social cohesion, community empowerment and increased resilience amongst marginalized groups.

Sithabile Hlahla is Post-Doctoral Fellow at the University of KwaZulu-Natal in Pietermaritzburg, South Africa, where she is working under the Sustainable and Healthy Food Systems (SHEFS) programme. Her current research focuses on the agriculture-environment-health nexus and the associated policy impacts of food production system transformation for low income groups in the rural areas of South Africa, and the Sustainable Development Goals. Her main research interests are on local responses to environmental impacts and climate variability and change, at community and government levels in both urban and rural areas.

Vimbayi Chimonyo is Post-Doctoral fellow working directly on the Adaptation fund funded project – uMgeni Resilience Project. She specializes in crop modelling (plant resource use), multicrop systems, crop production and seed technology. She is research and development oriented, with a huge passion for working with young scientists and communities. Her current research focus is on the use of integrated crop management to address issues of food security, climate change and rural development. She has a good understanding of resource use (water, soil nutrients and solar radiation) within the agricultural sector, the Soil –Plant-Atmosphere continuum, Water – Food – Nutrition – Health nexus, and the Water-Energy-Food nexus within food system landscapes, and the need for transformative strategies for inclusive food security. Her main research interests are on developing resilient cropping systems with an emphasis on sustainable intensification under climate variability and change.

Zolo Kiala is a post-doctoral research scientist on the Water Energy Food nexus toolkit (WEF-Tools) project, which is led by the IHE Delft Institute for Water Education and sponsored by the IHE Delft Partnership Programme for Water and Development (DUPC2). His background is GIS and Remote Sensing. He has a strong interest in using python programming for analysing GIS and remotely sensed data.  He has used python for modelling the spatial distribution of invasive plant species and biophysical variables (leaf aerial index, biomass, etc). His current research focus is to assess interactions between water, food and energy for supporting sustainable and inclusive socio-development in water scarce regions.